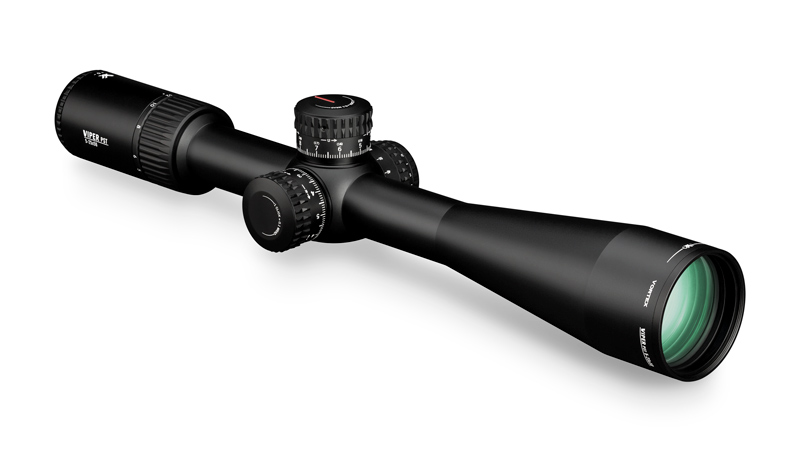 Many people come into our store here with the hopes of finding a great new scope for their rifle only to walk up to the optics counter and become confused with all the terminology and numbers. First off, we're here to help! Don't be afraid to ask questions or ask for an explanation. In this write-up, we're going to try to lay out what the numbers mean and what each term that you may hear is referring to when it comes to optics. We won't go into great detail, we just want to cover the basics.

If you've ever purchased a scope, certainly you've seen a set of numbers similar to 3-9x40 or 6-24x56 AO or 2.5-10x44 IR. So what do these all mean? Essentially, what your reading is: (minimum zoom) to (maximum zoom) and the size of the (objective lens) or (min zoom)-(max zoom)x(obj lens). Looking at the second example above, the AO will stand for Adjustable Objective and in the third example IR stands for Illuminated Reticle. The reticle of course is sometimes better known as the "crosshair" or "crosshairs" by some folks. You should also see on the box a number like 1" tube, 30mm tube, or less commonly 34mm tube or even 36mm tube.

Why are these numbers important to you? Let's take a look below:

What to keep in mind when you purchase your next scope that we haven't already covered?

Since you took the time read over this entire topic, enjoy 5% off anything in our Optics category with coupon code: OPTICS5

If you've got any questions feel free to send us an Email at info@dancessportinggoods.com or comment below!

Be the first to know about sales & product announcements!