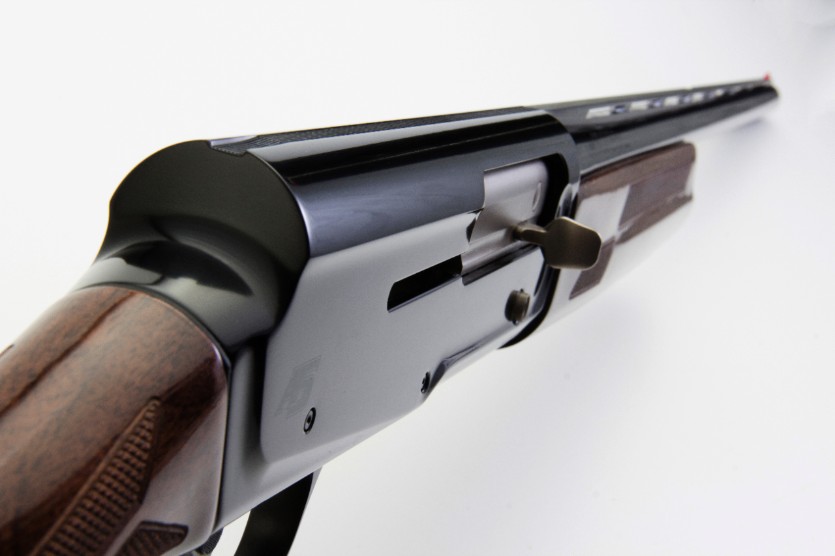 If you’re like me, you have memories of your first few hunts walking side by side with your grandfather while

he lugged an old humpback Browning A5 towards the stand. In our neck of the woods, if you weren’t hunting with an A5 or a Remington 1100, then you just weren’t a hardcore hunter. Things have changed now as more guns have entered the market to fit niche customer groups, and change also came for the old A5. The original gas operated beast designed by John Browning was discontinued around 1998 after being in production for about 96 year. If I’m not mistaken, the new model A5 was announced in 2012 in a 12 gauge chambering. Not too long after, in 2016, the 16 gauge variant was introduced. If I had to guess, I bet Browning is cooking up a 20 gauge version of this gun over in their Utah headquarters to be released in 2020 and drive folks wild yet again.

The gun itself resembles your grandpa’s A5 with the humpback design, but features an inertia operating system. Looking at the gun, it’s not too much different than most new guns on the market today, it’s offered in a wooden stock version with glossy finish and a handful of camouflage patterns. New this year is the Wicked Wing version of the gun which is designed for waterfowlers and features some over-sized mechanisms to be easily manipulated with gloves on. It also sports a nice burnt bronze Cerakote finish.

I happen to be lucky enough to have an A5 in both the pre-1998 and post-2012 styles, so I can tell you there are major differences in them. First off, the new version is much lighter, which in turn lets the recoil knock your shoulder around a bit. I wouldn’t say it’s unbearable, and it’s nothing more than any other inertia-operated gun on the market today. Being an inertia gun, it is a little more reliable than the guns of the old days. These new guns do not have a ring system to adjust when changing length of shells either. From 2-3/4” to 3-1/2” it’ll eject them every time. My gun seems to pattern very nice as well. I decided to skip the Buck Kicker choke tube on this gun for deer hunting, and instead use the Federal Flight Control Buckshot with an Improved Cylinder choke. I did pick up a set of 3 Carlson’s Waterfowl choke tubess to duck and goose hunt with however. Another nice feature of this gun is the DuraTouch coating, it basically gives the gun a rubberized feel so you can grip it in all weather conditions and as we all know, hunting rarely occurs in optimal weather.

So if you want to give your kids the same memories of dad and grandpa carrying a Browning A5 through the woods or into the duck blind, I highly suggest checking out the new line of Browning A5 shotguns. Let your old school A5 become a “safe queen” so she doesn’t get any more scratches or rust from beating through brush or wet decoys being tossed in the boat. Then when the weather is right, or it seems like it’ll be a great hunt, break out the old A5 and share a story or two while hunting!

Be the first to know about sales & product announcements!